Our Front Engine Replacement Kits are custom to your year Miata and include the following components:

Comments:
Very happy with the kit. Came with everything I needed to do the timing belt and OEM seals. Water pump design is a little different from the stock one but still fits perfectly. Overall, would recommend to anyone looking to change out your worn seals, timing belt, and accessory belts.

Comments:
Every came in days and everything fit.

Comments:
I spun a rod on my NB so I used this kit when installing a new used engine to freshen it up. Everything fit well and had no trouble with the install.

Everything Needed for an Engine Refresh

Comments:
Instead of piecing everything together one by one, the 5X kit has everything I needed in one go, including the upgraded Gates timing belt and the options on which accessory belts I'd need. Very well thought out. Everything was great quality and I have no complaints.

Comments:
This is a super kit, all the right parts at a great price. Can't say enough about customer service either, super fast shipping and responsive. Thanks so much!

Comments:
Kit is a bit pricey'er than elsewhere; however, you are getting OEM seals and valve cover gasket, Gates parts, and you are not having to piece together the components from multiple sources that may send you parts for a different edition of Miata (which is what has happened a good 25% of the time at other online parts store, heck, even oreilly's has some NA and NB parts mixed up).

Also, 5XRacing shipped this kit out within hours. A+ there. B/c of this quality of customer service I came back here to post up this 5 star, and also, pick up the shifter rebuild kit.

Lastly, if you are new to the NA/NB Miatas, for the love of all that is good you need to pickup a Crankshaft Bolt Tool to remove that Bolt. In fact, my one recommendation for 5xRacing is to perhaps, produce or source a couple of those Bolt Removal Tools as an add-on option to this kit. Granted, NA/NBs are 15-28 years old so perhaps, everyone has one at this point. 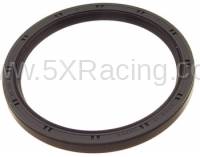 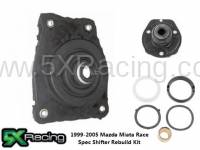