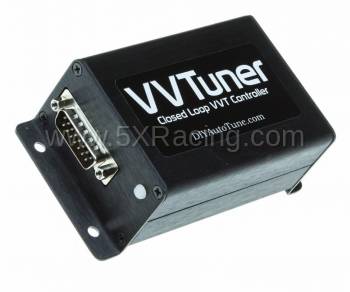 All DIY Autotune products are ordered "fresh" from DIY at the time of order. This ensures you have the most current version of software and updates on the equipment

The VVTuner system is a standalone controller separate from your vehicles ECU used to control the variable valve timing on VVT equipped 2001-2005 MX-5 Miata engines swapped into Miata's with ECU systems not designed to control them (like when you swap in a 2001-2005 engine into a 1990-2000 Miata). It also translates the NB crank and cam sensor signals into NA style signals, making it perfect for swapping the VVT head into earlier Miatas. Can be used with the MegaSquirt or on its own to get the most out of your variable valve timing. Comes preloaded with base map to get started.

We used this VVTuner on both our 1994 Miata with a 2001 VVT Miata engine swap, and 1999 Miata with 2001 VVT engine swap to control the VVT system in conjunction with the original vehicles electronics. They work like a charm! Basically, the VVTuner is a standalone variable valve timing ECU that reads the RPM signals and vacuum level from your engine, and then outputs a signal to the VVT solenoid on 2001-2005 Miata VVT equipped cylinder heads. Without this controller, you would not be able to use the VVT function on 2001+ heads on cars not equipped with a programmable ecu. By adding this controller, you can swap in a 2001+ engine into any year Miata!

On the 99, we had to splice into the factory wiring harnesses crank and cam signal wires going into the ECU. Basically, you find the two wires for the crank signal, cut them, and splice in the VVTuner harness so the VVTuner can read the signals in "passthrough" mode (the controller will read the signal, then pass it through un-altered so the factory ECU can then use them). Same thing with the cam angle signal. It took a bit of figuring out for us, but once we got it, it's been flawless for years now! 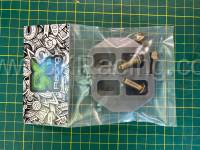