For our third entry in our Project Streetfighter series, we're "Getting our Head Straight". Yup, we're documenting the process of our engine build for John's 1999 Mazda Miata daily driver, dubbed "Streetfighter" because of it's planned dual-personality: half daily driver/half racecar. This entry is all about the cylinder head that's going to top our built short-block, and what we're going to do to it! To catch up on the series, and read about our short-block, please go back and read Vol. 2 "The Foundation", which is all about the short block and what we used to build it.

The biggest short coming on the Miata engine is its cylinder head. It simply just doesn't flow that much air as compared to similar 4-cylinder engines such as Honda and Toyota offer. Finally Mazda improved the cylinder head in 1999, with the intake ports being raised from 39 degrees to 51 degrees to create a straighter flow path. The cam angle sensor was moved from the back of the head to the front of the crankshaft, in the form of encoder type setup incorporating a timing wheel mounted in behind the crank pulley. Solid lifter camshafts with advanced timing were also on the bill, with more duration and lots more intake lift introduced. The redesigned stock 99-00 cams are actually quite aggressive from the factory due to the new solid lifters. They will easily support higher hp levels with .4mm more lift (to 8.6mm) than the 90-97 cams, and had substantially more duration (.040") too. Mazda also made a cam specific to the home Japanese market. It has the same specs as the USA cam but the cam timing is advance a few degrees. Hmm, this is a very interesting tidbit! So it's no wonder a 99-00 cylinder head was in our plans for this build, it is a far superior design to the earlier heads and most importantly uses solid camshaft lifters, which can support a more aggressive cam and higher RPM's. The only downfall of the 99-00 cylinder head is not actually the head itself, rather the bulky and restrictive cast iron exhaust manifold Mazda decided to use. Mazda realized this in 2001, as ditching this manifold for the 2001-2005 tubular "header" type manifold results in instant horsepower. In our engines future, we plan to build a custom "shorty" exhaust header for the 99-00 head which will be similar to the 01-05 manifold. 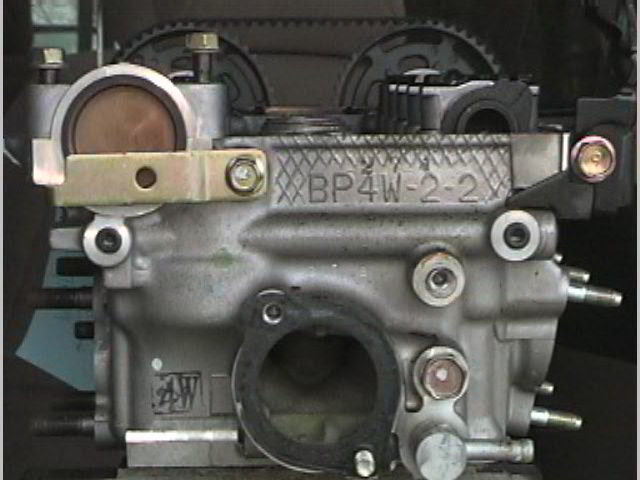 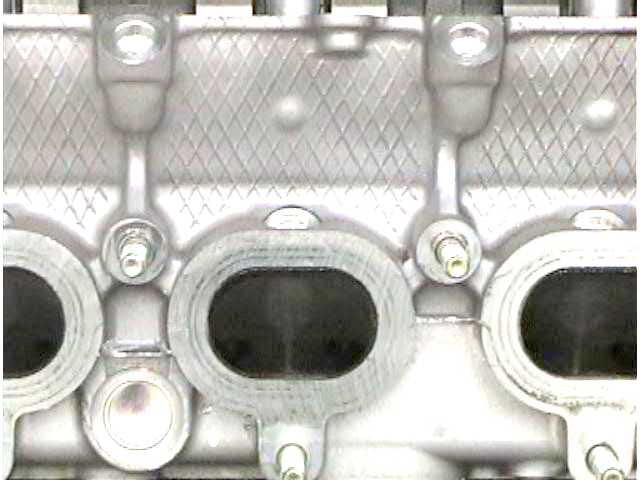 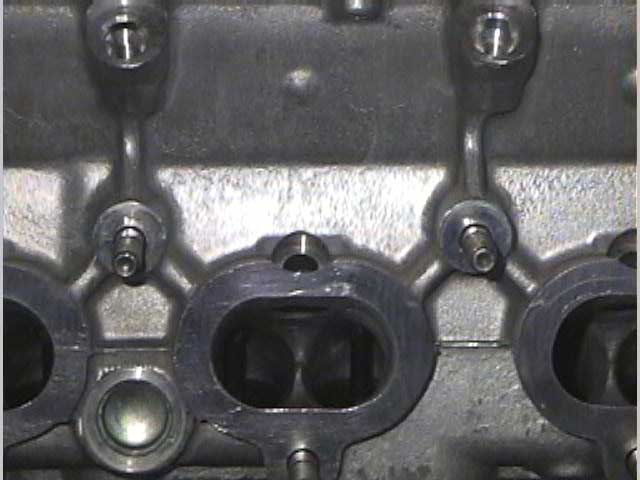 (ports are noticably higher on the 99+ head on the left, and lower on the 94-97 head on the right in their physical location on the head) 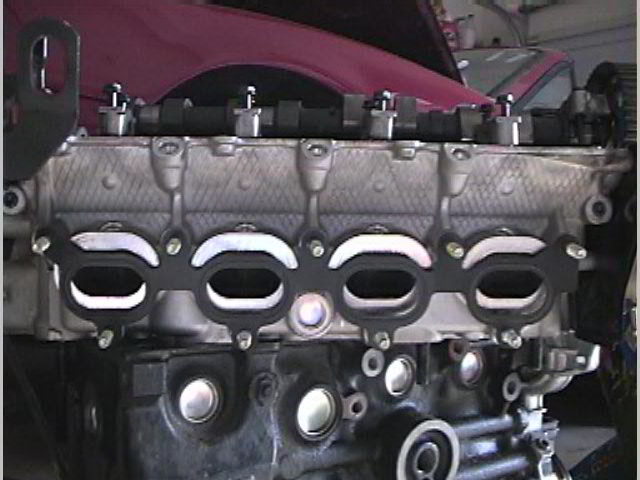 On the intake front, Mazda also made a big change in 1999 with the revision of the intake manifold. The totally redesigned intake received a "VICS" system, which stands for Variable Inertia Charging System. What this fancy acronym means is essentially varying the length of the intake tract in order to optimize power and torque across the range of engine speed operation, as well as help provide better fuel efficiency by effectively changing the length of the intake tract during a certain RPM. This effect is achieved by having two separate intake ports within the manifold controlled by a vacuum actuated solenoid valve, that open two different manifolds - one with a short path that operates at full engine load, and another with a significantly longer path that operates at lower load. The Miata's sweet spot is 5000 RPM's, where the long intake path gets changed to a short path, trading torque for horsepower. This trick works, as the 99+ Miata has WAY more torque than the earlier cars! Yet another reason we chose the 99 cylinder head for our Streetfighter engine.

Ok, so onto the details of what we are going to do to our 1999 spec head! Here's what the plan was: 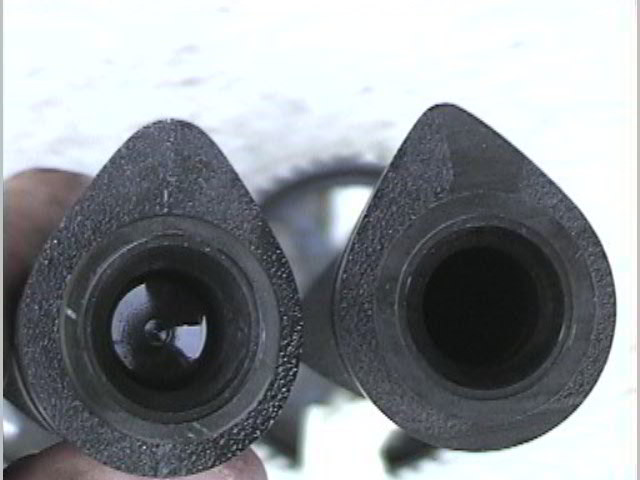 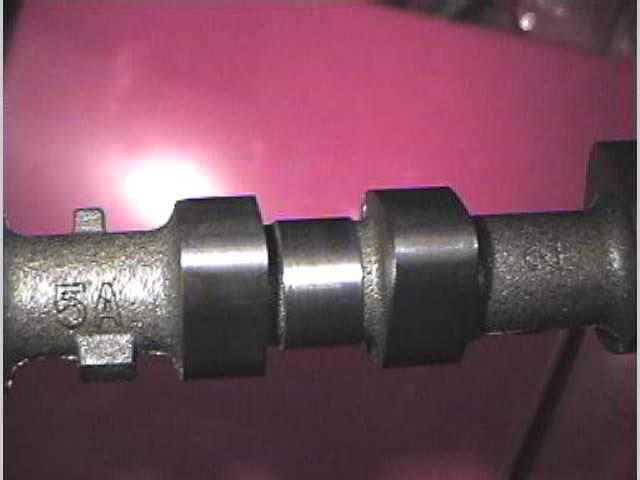 We skipped the full port and polish job due to budget restraints, but also since we're daily driving the car, getting into a port and polish would dictate more fuel with the even more increased air flow to realize its worth in dollars without an aftermarket ECU. We didn't necessarily want to lose a substantial amount of efficiency with this new engine, so we wanted to keep the stock ECU, injectors, and fuel pump to maintain efficiency. The bigger valves, stiffer springs, and mild camshaft upgrades are all "things that the factory should of done" type modifications. Mazda and passenger car manufacturers in general design the engines to be efficient commuters first and foremost, passing over true performance for better miles per gallon and driveability (not everyone is a race driver!). By allowing a little more air with the bigger valves, and a little better cam timing, we feel the valvetrain is now going to be more optimized and actually "the way it should have been" from the factory. Also, the stock ECU and fuel delivery components should suffice and hopefully not be so held back by the new valvetrain. 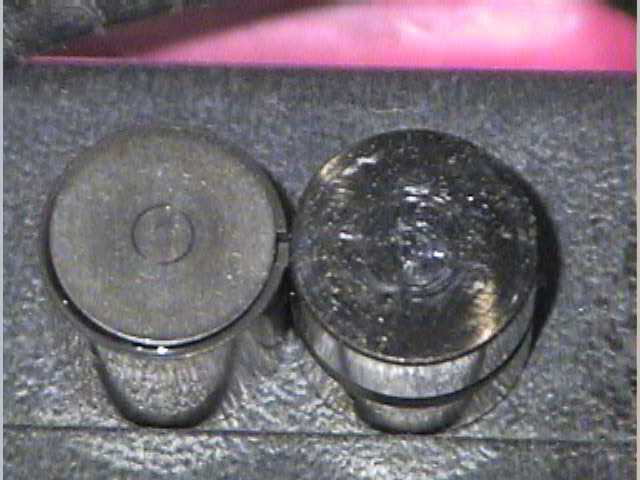 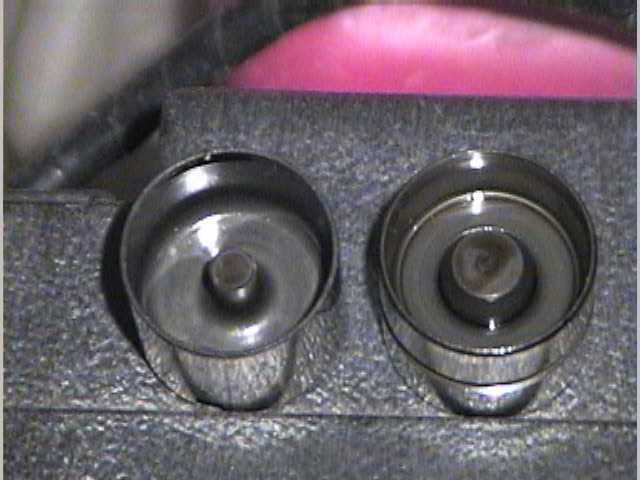 (inspecting the solid lifters (on left in both pictures) as compared to the hydraulic lifters of the early cars reveals a lighter, faster acting design)

Laz Mesa from Mesa Balancing, our Spec Miata race engine partner in Miami helped us put this package together. He offered several "stages" of cylinder heads, from mild to wild. Since we are daily driving this car, we went somewhere in between mild and wild, eventually landing at medium with our upgrades. We could have of course went totally wild, but with our criteria, most of all the fact that it is going to be a daily driver and our budget was limited, we chose a more subtle path to maintain those two items.

Stay tuned for the next entry in the series, which will be "Driving the Train" where we highlight the entire engine package, as well as discuss our planned drivetrain to go with our new engine.

*all pictures in this article were used from Solomiata.com